See Cian and Edwin Lenaerts make the final 10 in the Group at World Dog Show Milan 2015 at 9.45 minutes in video below 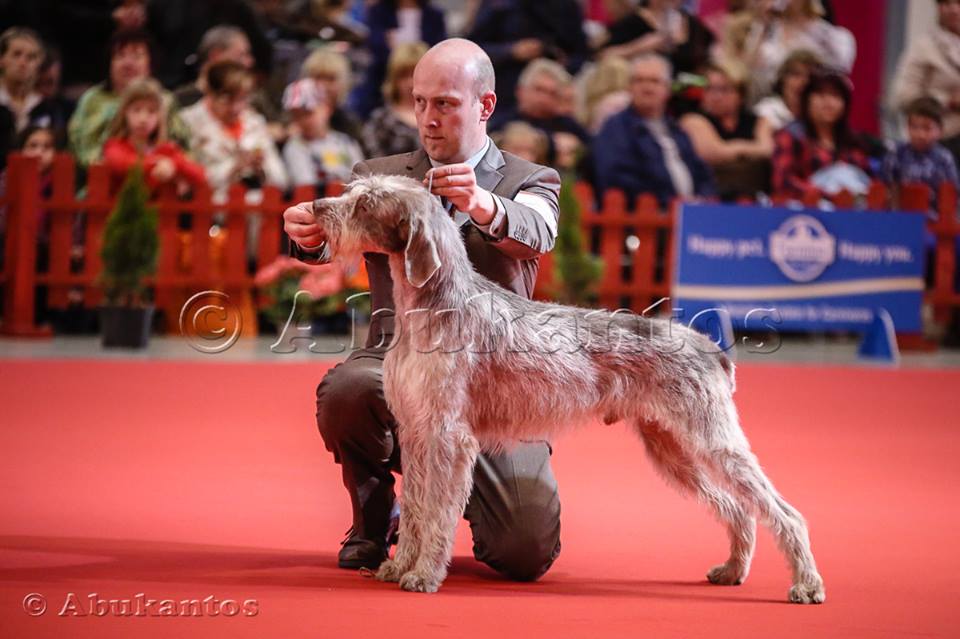 Cian is a dog in a lifetime and we think the world of him and at the end of 2013 Cian became THE FIRST and Breed Record Holder of Multi BEST IN SHOW at All Breed Championship Shows and gained all the above Champion Titles but were not finished and Cian in 2014 MAKES HISTORY & becomes THE TOP WINNING SRHP OF ALL TIME by having also gained his hunting certificates in 2014 and becoming WORLD WINNER MILAN 2015....now retiring to stud

Cian is truly a dog in a million and I know I may never see better!